The application of computational models to study issues in the social sciences and humanities has been undergoing rapid development during the last decades. OR was heavily and effectively used throughout the many historical courses, emphasizing  the role of game theory and rational decision making in shaping the strategic thinking in politics and business. It is natural to assume that in the current historical time, when many delicate socio-political challenges have to be dealt with once again, it is important to resort to OR to overcome those challenges.
The operationalisation of social-behavioural phenomena, appearing in nowadays life, in order to develop a paradigm of rational choice for the efficient understanding of their nature and relevant decision making, enables bridging OR with social sciences and humanities. The creation of such a paradigm on the basis of the theory of structural equation modelling (SEM), multi-agent modelling and game theory, together with data science and mathematical sociology methods, allows the development of data-driven operationalisation for evidence-based solutions.

China’s Belt and Road Initiative (BRI) is a massive development plan in scale and scope. It aims at facilitating China’s connectivity with the rest of the world through trade, investment, and infrastructure projects. Therefore, understanding the human and social dynamics and socio-behavioral tendencies through Belt and Road development, and quantifying, and mapping the spatial-temporal distribution of environmental vulnerability caused by natural and man-made impacts are needed for understanding environmental protection and Road restoration issues. Understanding the trends in ecological, cultural and behavioural evolution and their driving factors is critical to revealing changes in ecosystem's structure and function. However, less is known about the nonlinear relationship between greening trends and statistical instrumentation.
Thus, we want to share with you HEU experience concerning new Business Statistics course implementation. In the example of a practical case concerning Belt and Road initiative development, we show for students modeling processes, the students should learn how to calculate probability and its distributions and understand their implementations. On the example of Belt and Road cases, we show the students the essential concepts of Business Statistics course, and some techniques of descriptive statistics. We focus on organizing data by visualization and analyzing data by some numerical measurements. After learning descriptive statistics, the students guided to a miraculous probability and sampling world. They are the foundation of statistical inference. We will begin with the historic outlook of probability to help us remember the probability theory. We also learn sampling to collect data and the theorems of sampling distribution. After that we finally come to the inferential statistics. Parameter estimation and hypothesis testing are the primary knowledge that we will mainly discuss. Students master how to use the sample data to estimate or to test the population with the desired reliability.

Equilibrium in the strategic bargaining

The Rubinstein’s bargaining model, proposed in 1982, provided a convenient tool for solving game-theoretic problems about bidding by two persons with alternating offers on an infinite time axis. The main feature was the discounting factor d, which did not allow the game to last indefinitely, i.e. the closer d is to 0, the more impatient the players are and the faster they will agree to any offer. On the contrary, if the value d is close to 1, then the players are patient and will negotiate until they come to the most favorable offer for them. In [Baron, Ferejohn, 1989], a model of sequential multilateral negotiations with a majority rule was proposed. The game that was reviewed is a standard game “split the dollar”, in which n players, whose turn is chosen randomly, make suggestions on how to divide a pie of a fixed size, and agreement requires the consent of a simple majority. It is shown that a sub-game perfect equilibrium exists in the class of stationary strategies. Then, articles [Eraslan, 2002; Cho, Duggan, 2003; Banks, Duggan, 2006; Predtetchinski, 2011; Cardona, Ponsati, 2007, 2011] were devoted to the expansion of this direction for different applied problems.
We present a game-theoretic model of competitive decision on a meeting time. There are n players who are negotiating the meeting time. The players' utilities are represented by linear unimodal functions. The maximum values of the utility functions are located at the points i/(n-1), i=0,...,n-1. The final decision will be done if all participants accept the proposal. Players take turns 1, then 2, then 3, …, n. We assume that after each negotiation session, the utility functions of all players will decrease proportionally to d. We will look for a solution in the class of stationary strategies, when it is assumed that the decisions of the players will not change during the negotiation time, i.e. the player i will make the same offer at step i and at subsequent steps n+i, 2n+i, etc. We use the backward induction method. To do this, assume that player n is looking for his best responce, knowing player 1's proposal, then player (n-1) is looking for his best responce, knowing player n's solution, etc. The subgame perfect equilibrium in the class of stationary strategies is found in analytical form.

The presentation will outline the importance of and relevance of sustainable development for higher education institutions, and outlines some of the steps which are being taken, to include it as part of university programmes.

In this lecture, some classical paradoxes of infinity such as Galileo’s paradox, Hilbert’s paradox of the Grand Hotel, and the rectangle paradox of Torricelli are considered. It is shown that the surprising counting systems of Amazonian and Australian tribes, working with only three numerals (one, two, many) can help us to change our perception of these paradoxes. A recently introduced methodology allowing one to work with finite, infinite, and infinitesimal numbers in a unique computational framework not only theoretically but also numerically is briefly described (see [1]). This methodology is actively used nowadays in numerous applications in pure and applied mathematics and computer science as well as in teaching (see, e.g., [1-3]). This methodology gives the possibility to consider the paradoxes listed above in a new constructive light (see, e.g., [4,5]) showing so that even primitive cultures can give rise to very interesting developments in the modern sophisticated cultural and scientific life.
The Infinity Calculator using the Infinity Computer technology (patented in several countries) is presented during the talk. Reviews, videos, more than 60 papers of authors from several research areas using this methodology in their applications can be downloaded from http://www.theinfinitycomputer.com. The web page https://www.numericalinfinities.com developed at the University of East Anglia contains materials related to teaching this methodology in colleges in UK and Italy. 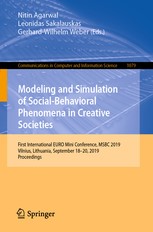 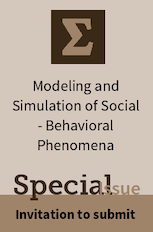